Just in from the Opening Mass of the Synod which was a tremendous occasion – not quite the NRL Grand Final (which must have been really something) but up there nonetheless.

Pope Francis gave one of those quietly spoken but powerful homilies of his, drawing upon biblical readings which were uncannily suited to the opening of this Synod. He spoke tellingly about loneliness and the way in which God provides love, especially married love, as the true antidote to this disease of the human heart. That’s what people need to find in a Church whose doors are never closed because, if they were, the Church would betray herself.

We arrived at 9am for a 10am start and I include a few pics of us in the vesting area (dressing room?) which was in the Braccio di Costantino, just off the atrium of St Peter’s. There were bishops everywhere, as you can see – every size, shape, color and background. The universal Church really is an extraordinary phenomenon when you see a mob like this. 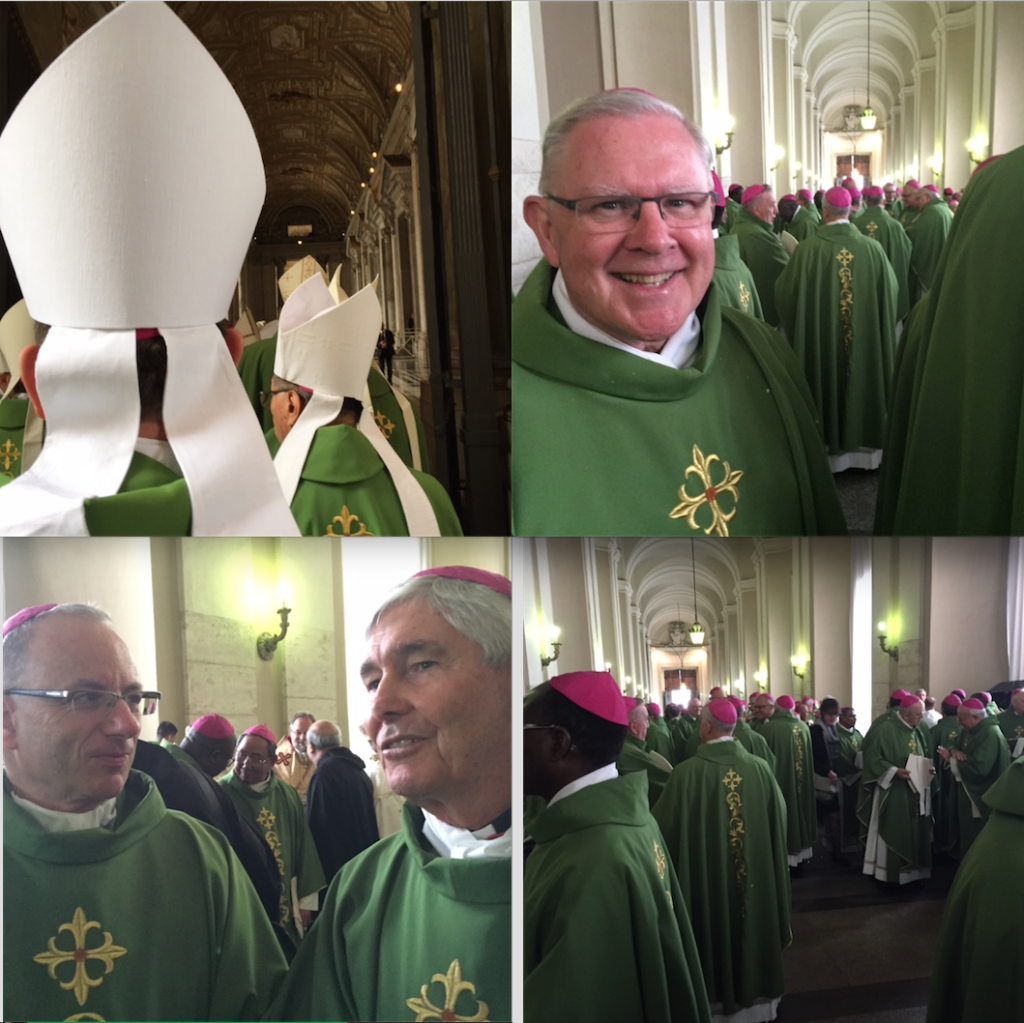 Once we were vested, the procession began to move off at about 9.40am. Then we stopped for a while, looking into the atrium of St Peter’s.  As we stood there, up drove a dark blue Ford Focus and out staggered Pope Francis who gave us a wave. I was tempted to take a photo but thought it would be a bit infra dig. That never stops some of the others, and I should’ve.

The Basilica was jam packed, but even more packed was the Square afterwards where people were waiting for the Sunday Angelus with the Pope. I decided to beat a retreat to Maria Bambina with Bishop Anton Bal of Kundiawa in PNG. It’s his first Synod, so he needed a bit of guidance. I also bumped into Dr Maria Harries who is the Australian auditor at the Synod. Maria is Chair of Catholic Social Services and serves with me on the Truth Justice and Healing Council. Bishop Hurley and I are having a pizza with her tonight.