Shortlink: archbne.org/mgzh
Home » News and events » Highlights around the archdiocese » The Story of Sadako 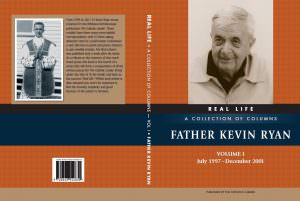 This is the story of Sadako. She is the little girl who set out to make 1000 paper cranes.

It’s a good story. We may have heard it before but to hear it again won’t matter.

It’s such a good story that had Sadako been a Catholic, there’s a good chance she would now be beatified or canonised. Other religious faiths also produce saints.

She stands on top of a granite mountain of paradise. In her outstretched hands is a golden crane.

Sadako died in 1955, 10 years after one of mankind’s cruellest acts, the dropping of the atomic bomb.

When her story was told, the youth of Japan collected the money to build her memorial, opened in 1958.

Today, as much as ever, people place paper cranes by her statue and pray for those who died in vain, with the hope that the mistake will never be repeated.

Sadako was only a baby on that terrible day, August 5, 1945 when the atom bomb was dropped.

Many family members and friends, including her grandmother died in that blast.

That date is a memorable day each year, with the sadness being tempered by a carnival.

In her young days, Sadako went with the family.

While she enjoyed the carnival with its food and fun she was repulsed by the sight of people with ugly scars, some burnt so badly they scarcely looked human.

As a growing schoolgirl she took to running. In her happy carefree world she represented her school, but then came small bouts of dizziness.

Mild enough at first, she shook them off with excitement, good luck charms and prayer.

Came the awful day when she collapsed at school.

She ended up in the Red Cross hospital, in an area reserved for the victims of atom bomb sickness.

Above the murmur of the muffled voices of her family in the doctor’s office, she heard her mother cry ‘leukaemia’.

How could it be?

The atom bomb hadn’t even touched her.

Still, that awful secret she had harboured for several months of dizziness was out; she had leukaemia.

Some said that many recovered; others said the death rate was high.

Hoping against hope and faith in the unfamiliar surrounds of a hospital was all that was left.

Her family, distressed and bewildered, crowded to her, but there were lonely, tearful, frightened hours.

The first visitor was a friend named Chizuko.

It was Chizuko who introduced Sadako to the idea of making paper cranes.

For Chizuko it was a way of getting well, far better than any medication.

There was an old story that a crane lived for a thousand years.

If a sick person made 1000 paper cranes the gods would grant their wish and make them healthy again.

A thousand would take only a few weeks.

Her young brother decided to hang them from the ceiling, but he couldn’t believe there would be 1000.

One, the golden crane, made by Chizuko stayed on a place of honour on the table, the rest hung all over the room.

In her loneliness, she made paper cranes.

The idea spread and soon family and friends were bringing all kinds of paper.

As the number of cranes grew, atom bomb disease took its toll… only 700 more cranes to go.

Her head throbbed, her bones seemed as if on fire, the dizzy spells blotted out everything, she sat by the window and held her golden crane.

With the death of a nine year-old boy she befriended, Sadako realised her own death was near.

The weeks turned into painful months.

The grey of the June sky seeped into her life.

The sun shone, the pain decreased and her appetite returned.

There were more and more paper cranes.

She even went home for a few days.

The end was not far away. Somehow, she welcomed the return to the quiet of the hospital room.

Her mother had wanted her to have a silk kimono.

She rose from her bed, and although racked with pain, put it on and sat and smiled and joined in the family songs.

It was worth the pain.

Before she went to sleep that night, she folded one more paper crane, 644…

Her classmates folded 356 paper cranes and they were buried with her.

Each year paper cranes arrive from all over the world on August 6 – the anniversary of the bomb and they are placed at the foot of her memorial, repeating the prayer engraved there: This is our cry, this is our prayer, peace in the world.

The above story was penned by Fr Kevin Ryan and published in the Catholic Leader on February 14, 1999. Volume 1 of his Real Life series (Columns from July 1997 – December 2001) has just been printed. Copies can be purchased for $65 (including P&H for what is a 480 page book) by emailing Debbie at preussd@bne.catholic.net.au OR phoning 3324 3223 (Business hours).