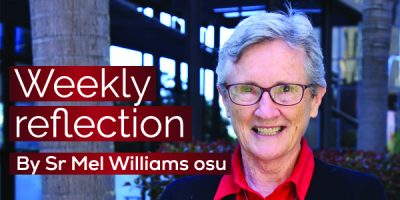 How significant that the faithful women, ‘at the first sign of dawn’ went to the tomb!  Little did they know that this was the great dawn, that Light had overcome the darkness forever and that darkness which had come ‘over the whole land’ at Jesus’ death had been defeated.

But what a confusing morning for the women! The stone had been rolled back, Jesus’ body was missing and two men in brilliant clothes appeared, announcing to them that they were looking in the wrong place for Jesus.  Of course, the women knew exactly where Jesus had been as Luke tells us that, before they left after his death, ‘they took note of the tomb and of the position of the body.’ Nothing was as it should have been.  The women were ‘terrified’ but were asked to remember what He had told them. And with some prompting did remember that He would rise.

The three women named and ‘the others’, in witnessing to the apostles, found no clarity there either as the Apostles dismissed the story as ‘pure nonsense.’ and Peter’s rushing to the tomb only yielded amazement.

The great reality of the resurrection of Jesus defies logic and calls for belief beyond belief. It requires our constant remembering and reflecting on His word and actions.  During this Easter Season we will be told more and more about the nature of this resurrected Jesus to whom we relate.  He is no longer held by time and space, he comes through closed doors, is not always recognisable, speaks peace and forgiveness and sends us on mission.  He opens the scriptures and promotes ‘burning hearts.’  He is companion, who calls by name but will not be held.

Although our world looks dark with the evil of war and its atrocities, the resulting threats of displacement and hunger and the need for people to build lives again after natural disaster, we know something more.

Let us be prime believers, alert to the signs of Jesus among us and live our lives as those who truly know that He Is Risen.